Posted on September 15, 2015 by madamescientist

I flagged the Palestinian taxi driver with some relief: the streets were deserted, the restaurants in the old city of Jerusalem were shuttered for Shabbat and I was growing increasingly peckish. After I convinced him, with some effort and considerable diplomacy, that I did not want a tour of Bethlehem, he admitted defeat with good humor and took me to a little Palestinian restaurant where I had the most delicious falafels- golden nuggets of chickpea goodness drizzled with tangy tahini atop mounds of fluffy pita bread, still warm from the oven. 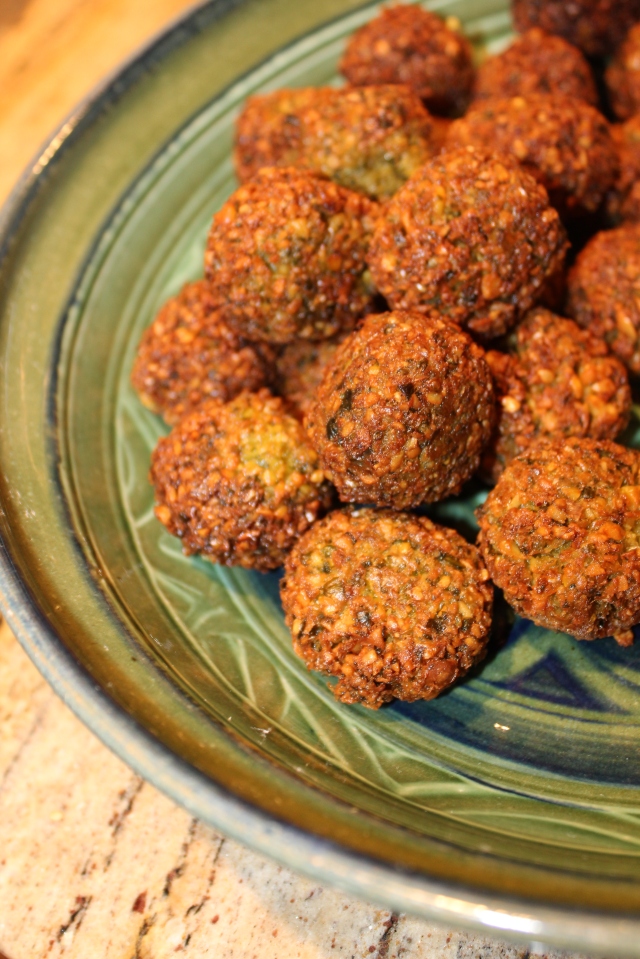 Falafels, made with chickpeas, Israeli style

Back in the US, I succumbed to ordering falafel every time I saw it on a menu. Doomed to disappointment, I’ve endured pasty, tasteless balls of mush with poky exteriors and uncooked interiors. No matter, I would make my own. Foolishly, I picked up a cardboard box of falafel mix from the “middle eastern” aisle of my grocery store only to discover what was apparently cardboard on the inside as well. Next, I turned to a Food TV diva who pureed canned chickpeas in a food processor and attempted to “bind” the sorry mess with eggs and a punitive stint in the cooler. Fortunately, I stumbled upon the food blog of Tori Avey, who explained that cooked or canned chickpeas have too much moisture to achieve the right texture. Start with dry chickpeas. Fresh bought works best (save those fossilized pellets from the back of your pantry for ammunition in case of squirrel invasion). Soak the chickpeas overnight in generous excess of water and they will reward you by becoming pleasingly plump and doubling in size. One cup dry chickpeas should be plenty, two will feed a crowd.

Did you know that falafels were originally made from fava beans by the Egyptian Copts, who become vegans during Lent. But fava beans can trigger life-threatening anemia in a fraction of people of Mediterranean descent, including Jews, so chickpeas have been used as a safer replacement. Known as favism, the disorder is due to inherited variants in the enzyme G6PD, which stands for glucose-6-phosphate dehydrogenase, a somewhat less tasty mouthful than falafel. 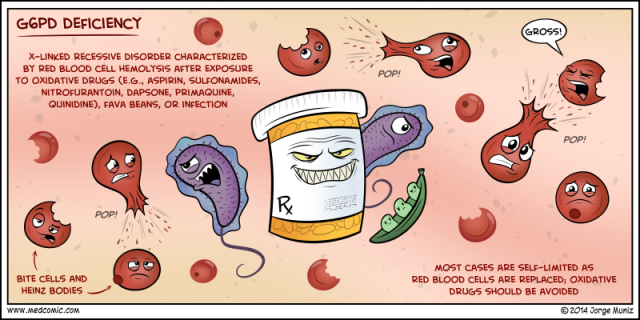 In red blood cells, G6PD replenishes an important anti-oxidant, glutathione that guards against damaging free radicals generated from certain compounds (like vicine and divicine) found in broad beans. People with G6PD deficiency, nearly all males since the gene is located on the X-chromosome, lack this protective mechanism and their damaged red cells gives them anemia, jaundice and occasional hemolysis.  For extra credit: why did these harmful mutations persist in some populations instead of being weeded out by natural selection?  It turns out that G6PD mutations protect against malaria, likely by hastening clearance of red blood cells infected with the malarial parasite Plasmodium.

Now that we’ve got the important part figured out, making falafel is deliciously simple.

Falafels, tinted with a hint of turmeric and flecked with green parsley

Falafels should brown slowly, so that they are crunchy on the outside and tender but perfectly cooked on the inside.

I served the falafel with generous helpings of baba ganouj, my go to recipe with grilled eggplant in a creamy tahini sauce. 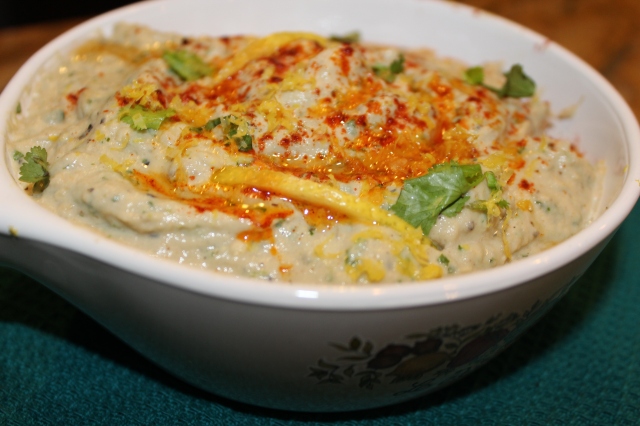 Baba ganouj is a creamy, tangy dip made with sesame seed paste (tahini) and mashed roasted eggplant, garnished with generous drizzles of olive oil and paprika.

As any responsible scientist would do, I repeated this experiment for n = 3 before publishing. Many thanks to my enthusiastic students for confirming the protocol and consuming the product!

Pots for the patio: mixing up petunias, coleius and dragon grass. 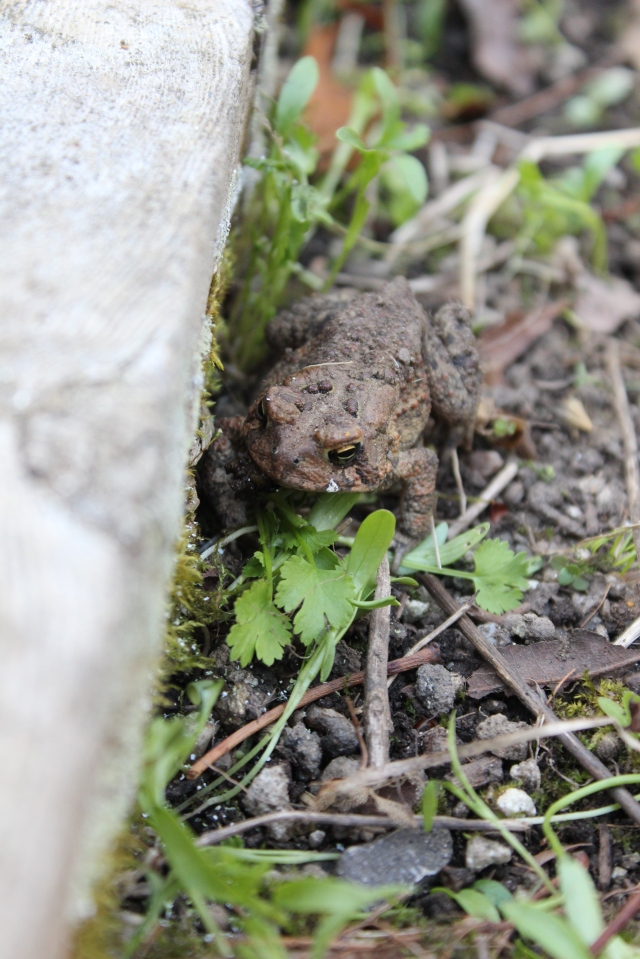 A prince amongst the coriander, waiting for a kiss?

10 Responses to Falafel Faves and Favism