Posted on March 9, 2014 by madamescientist

What, you may justifiably wonder, does onion jam have to do with the patriarchal hegemony? Nothing, of course. Unless, you count yourself as a member of my mad menagerie. Still, if you’re looking for some delicious comfort food that’s out of the ordinary, and willing to pay a paltry remuneration by nodding sympathetically through my maternal musings, Read On!

Comfort Food for my Feminist

Like any self-respecting feminist, I yearned for my pragmatic teenage daughter to espouse the cause. More women in STEM! Independence! Equity! So when she won a merit scholarship at one of the Seven Sisters colleges, I exerted my not-inconsiderable persuasive powers to get her there. Four years later, she’s back, with a degree in neuroscience but somewhat bruised around the edges. Well, the college website did say heady and nervy, and that’s what we got. After looking up the patriarchal hegemony on Wikipedia, and nodding every time she said, That’s so hetero-normative, I sought a meeting of the minds in the old standby of comfort food. This being the child who asked for caramelized onions as pizza topping and used words like ramekin and macerate in her vocabulary, I turned to a French recipe for onion marmalade. The first time we made it, we dutifully converted the metric measures to American. Too bad we didn’t follow them. Since then, we’ve confirmed by innumerable replications (p <0.005) that it always tastes delicious.

Start with large, sweet onions. Lots of them. 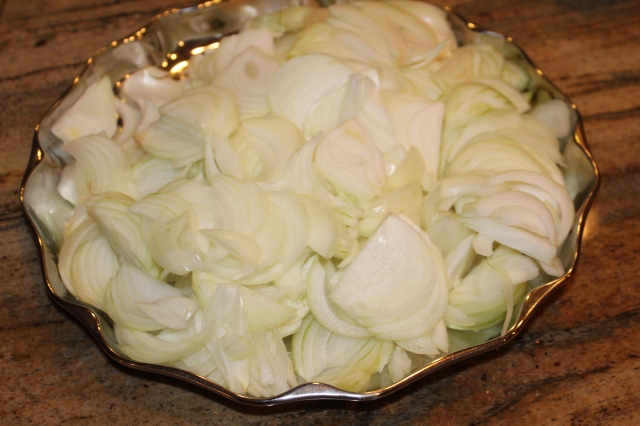 Slice them thinly. Or not. They’ll all melt together anyway.

In a quarter cup of olive oil, saute sliced onions on medium heat until they come together en masse. Then turn the heat down to low and leave them alone. 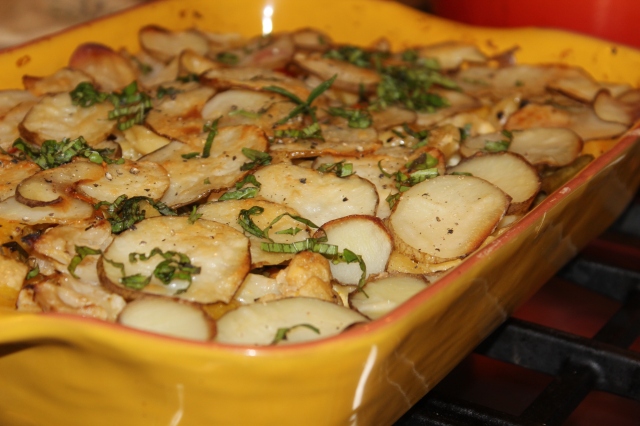 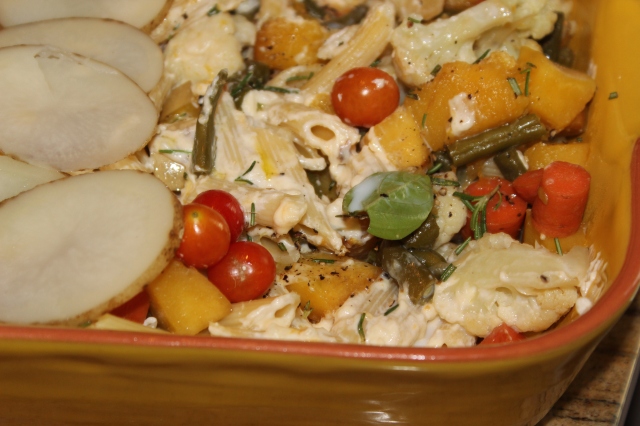 A medley of vegetables tossed with penne in a creamy sauce. 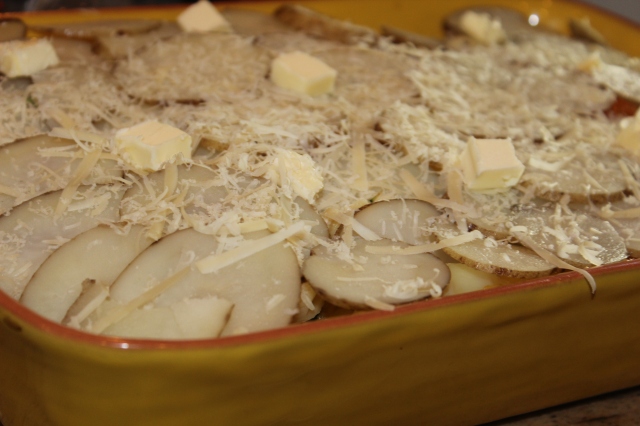 Comfort food for the collegiate. 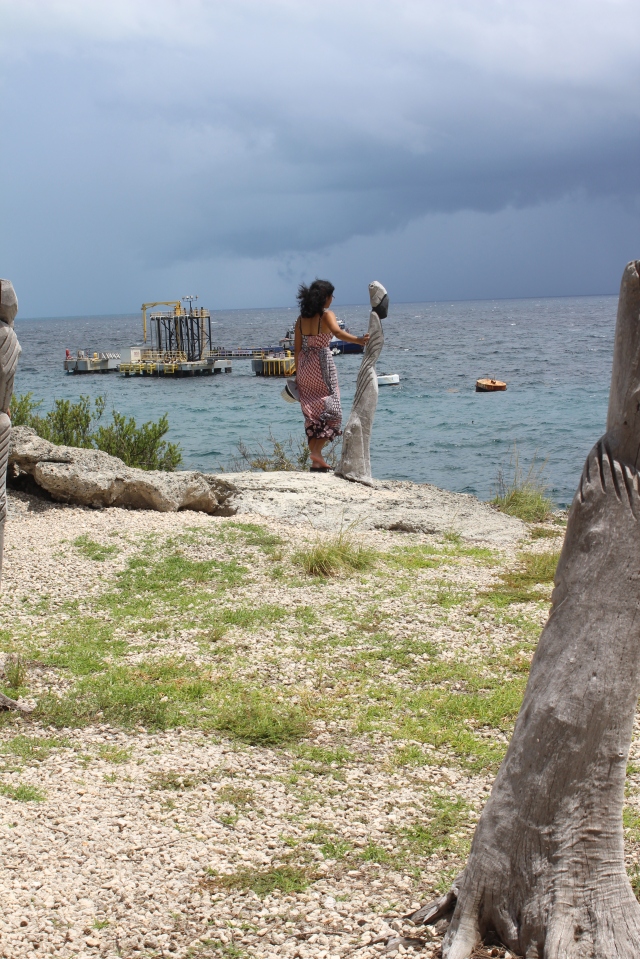 5 Responses to Of Sweet Onion Jam and Patriarchal Hegemony