Springing into Green: Collards and Chard

There is a brief window in spring when my Maryland garden is lushly verdant. When the so-called lawn springs joyously forth, requiring Benny and his boys to mow maniacally over it every five days. When the bunnies boldly brave the prowling neighbor’s cat to nibble on the emergent lilies to my great ire, prompting me to rethink my vegetarian diet. When the foolishly delicate David Austin roses bloom all-too-briefly in this hopelessly non-English garden, before the voracious Japanese beetles arrive and the sun burns off all but the most plebian of the Black Eyed Susans. Before the crescendo of the emergent 17 year Magicicadas drowns out any pretense of genteel patio conversation. 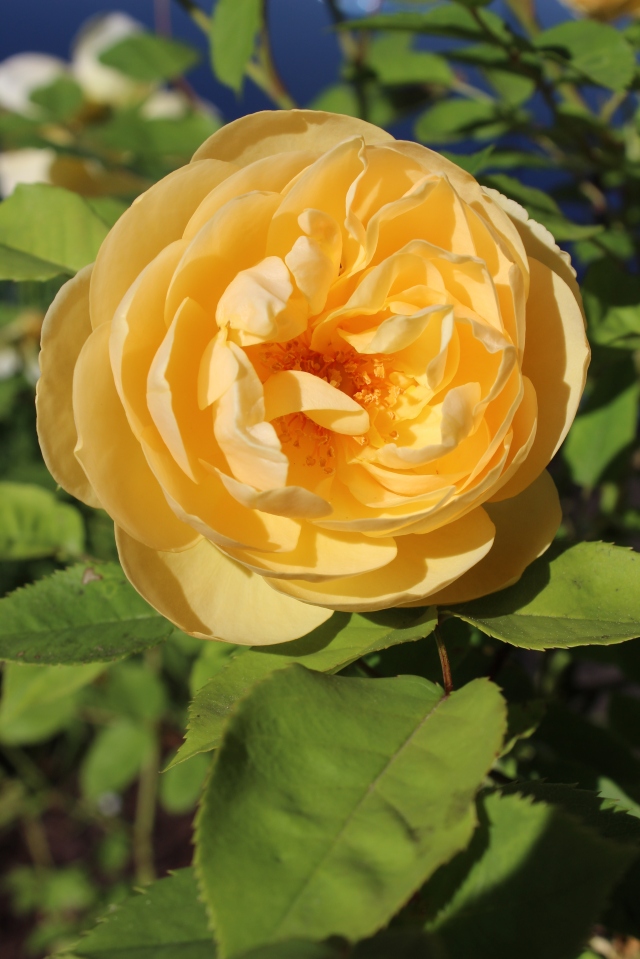 On such a day as this, we harvested spring greens from our backyard patch. Sturdy collard leaves, Swiss Chard with their comically colored bright stalks of yellow and red, darkly green spinach. 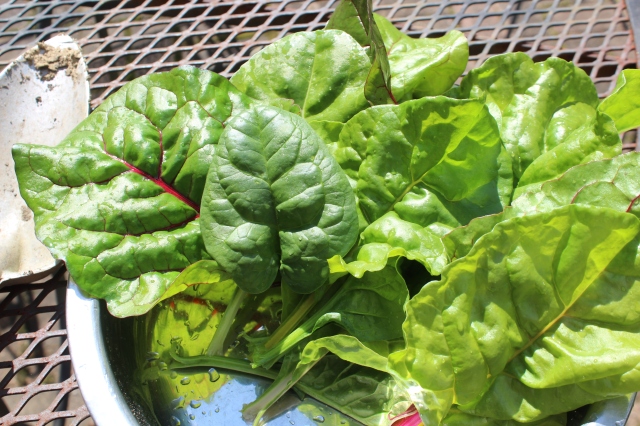 Fold the washed leaves in half, and pull/slice out those pretty stalks unless they are really tender. Then layer, roll lengthwise and slice through to make a chiffonade of fresh ribbon-like greens.

Not being Paula Deen, I was not going to ham hock the living daylights out of these innocent botanical beauties, boiling them blandly for hours with only salt and pepper for company. Instead, I began by flavoring a couple tablespoons of hot oil with a satisfying sizzle of cumin seeds, fennel seeds and crushed red pepper flakes. To this, I quickly added some slivered ginger and sliced garlic. 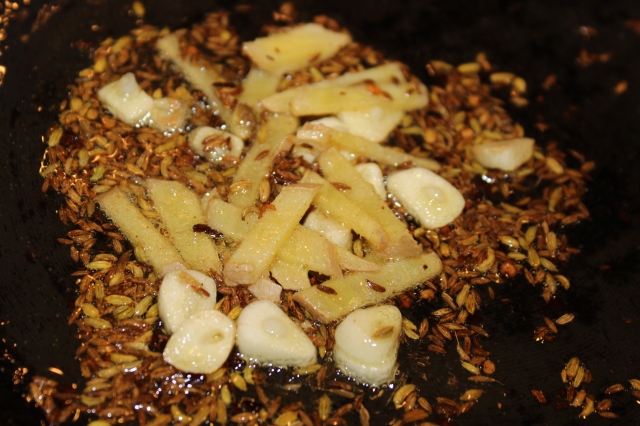 Next, I added lengthwise-sliced potatoes. I used three medium sized red ones. Tossed them in the spices and flavored with a big pinch of turmeric and coarse salt. Covered and cooked on low until the potato slices were nearly done, crispy and slightly browned on the outside. 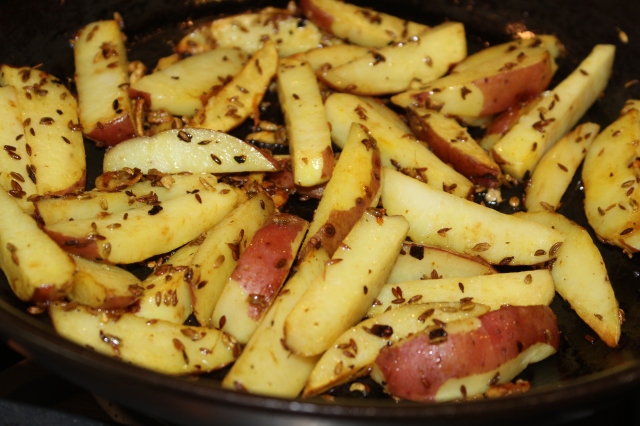 Add the sliced collard greens, toss and cover for about 5 minutes on medium-low heat. If you need to, add about a quarter cup of water at this point.

Layer on your favorite spice mix: I have an ongoing love affair with Tagine spice, so that’s what I used. Squeeze some fresh lemon juice over it all. At the last minute I tossed in a handful of golden raisins and sliced almonds. Why? Because they were there. If George Mallory could set forth for Mt. Everest “because it’s there“, surely I may be permitted to ad hoc my ham-hockless collard greens sans Deen? 🙂 This was so good that my 14 year old picked off collard festooned potato wedges every time he found an excuse to walk by.

Dal Puree with Tomatoes and Chard

I made this dish because I had some pre-cooked mix of lentils (split urad dal and mung dal) languishing in the refrigerator. This time, I added black mustard seeds and nigella seeds to a tablespoon of clarified butter or ghee. These infuse a slight bitterness and texture to the smoothness of the dal. When the mustard seeds popped, I added a sliced red onion and tossed it on high heat. The shredded chard was mounded on, but it quickly collapsed into a more manageable mass. 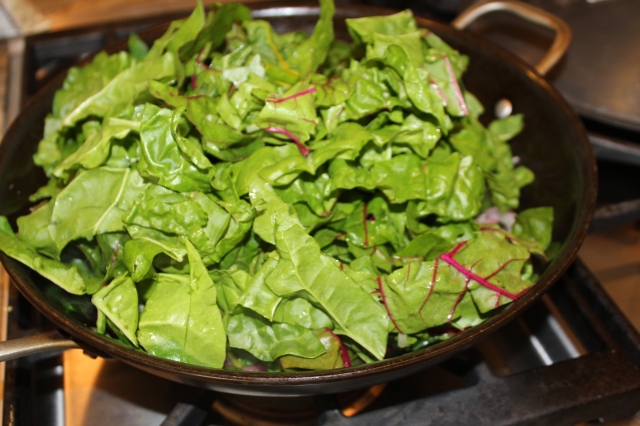 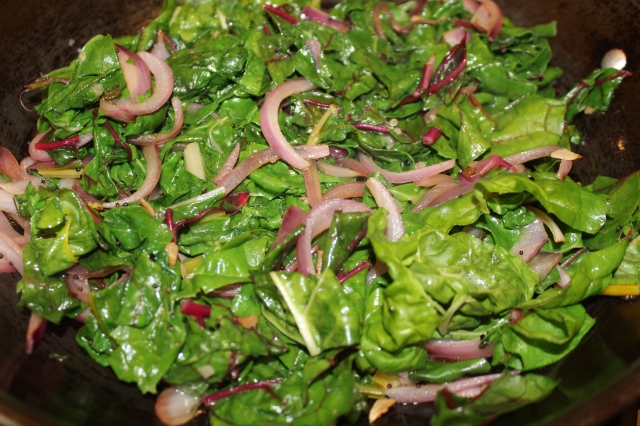 Next, I added the cooked dal, a couple of diced tomatoes and flavored it all with salt, turmeric and ras al hanout, which is really a fancy Moroccan version of garam masala. This also received the benediction of freshly squeezed lemon juice at the very end.

I would have tossed in some chopped cilantro from our herb patch but our neighbor spied a black rat snake slithering amongst them yesterday. So I passed, despite all logic and the knowledge that my husband had heroically transported the serpent, dangling from a stick, into the blessedly vast woods behind. There are some benefits to winter, after all.

10 Responses to Springing into Green: Collards and Chard